Incomplete Revelations of the Eastern Messiah

Not too long ago, I wanted to make a prophecy/revelation type of work in first person perspective. Kinda like an anonymous fiction, which ought to be controversial in the long run. But ningas-kugon prevailed over my being, so I wasn't able to finish it. It was also getting too complicated, hehe. Thus, I renamed the title from The Eastern Messiah to "The Incomplete Revelations of the Eastern Messiah." Let's pretend that the rest of the "scrolls" have been destroyed, hehe.

Incomplete Revelations of the Eastern Messiah

We are the cells of the Sole Source. While we enjoy exercising our free will, we are limited to the will of the Sole Source. I come to enlighten you about literally everything. Now that you have made contact with this, your destiny has already been defined. Waste the wisdom not.

I physically come from a Third World Country, but spiritually, I come from the Sole Source where all of us came from.

With the rise of conflict, confusion, and predictions of Global Wars, my presence has been sent to this sheet of reality to clear things up. My coming could have been predicted by Great Prophets of the past, and I am here only to fulfill my cause: to destroy the new religion of empiricism among the scientific community, tell them in simple terms the secret of the universe, and contribute to the resurrection of life frameworks that have long been kept in the dark by the very empirical nature of modern science.

But no grudge should be held against the scientific community, or the vicious religious fervor of the past, as they have been all planned, and they are continually serving their respective purposes.

I could be branded as one of the Anti-Christs of Nostradamus. Know though that I am in no way evil - no one is, as we are all here to play our simple tasks the Sole Source is directing through his/her Great Mind.

Allow me to guide you and broaden your understanding about yourself and the world. From here, your journey towards enlightenment begins.

The Primary Constituents of Everything

To begin this series of path toward enlightenment, it is significant to tackle first the primary elements of the Universe. When I mention Universe, I refer not to this cosmic locality said to have come from a big burst, but to all the branches of energy across time and space, across realities and dimensions. We will delve into those in the future.

What are the primary objects that make up and cause everything? In no particular order:

This is the flesh of the Sole Source. As scientists have claimed, energy cannot be created nor destroyed; it can only be transformed. And they are correct. Everything in the Universe is a transformation of energy from its pure, basic form to pieces of complexity such as human societies and cosmic localities like our universe.

A physical law discovered by one of our scientists states that in a slice of reality, the Sole Source shall always strive to make the contents of that slice in a state of equilibrium, like ice melding into water. But the Sole Source does this with a process. The act of decentralizing a region of greater energy requires energy. Equilibrium is always the objective once two systems interact.

To attain equilibrium, energy is needed. Water cannot be one with gas if energy (heat) is lacking. Water turns to ice when not enough energy (heat) is present to achieve equilibrium. As mentioned by one of our scientists, the center of a locality needs to collect energy from all possible sources in order to decentralize itself in the future.

Energy, Equality, and Inequality are the three primary components of the Sole Source, of everything. One might ask, how can equality and inequality exist at the same time?

Thus, if EQ and IN are a given in the Universe, to achieve equilibrium, there should be both EQ and IN. This is what makes history go forward, contrary to what Marx calls "material man VS material nature" or Hegel's "true consciousness VS false consciousness."

To express it visually, in a Universe where there should be equality and inequality:

From here, we shall explain everything: from the conflicts of man to the life system of a tree; from the fate our universe to the future of mankind; from the concept of gravity to the explanation of clairvoyance; and from the economic patterns to the possibility of time travel.

The typical scientist will quickly dismiss my claims. He shall be quite like the religious fanatics of old who dismissed empirical scientists with their then unconventional claims about the world.

It is a well-established scientific law that in every event, the Sole Source does everything to keep things in place to conserve energy. This is the reason regions of greater energy are decentralized in time, because sustaining inequality in a certain region consumes too much energy.

But as mentioned in my earlier lecture, the act of decentralization or neutralization of energy itself requires extra energy to accomplish, making the phenomenon of centralization necessary as well.

The greater inequality there is, the greater amount of energy is needed to smooth things out. It is fortunate that Charles Boyle has already made this well-known to the scientific community. Stephen Hawking is another wise lad to form the concept of entropy. The more broken a house is, for example, the more energy is needed to fix it. Allow the Eastern Messiah to develop their wisdom.

Once a center emerges, the Sole Source instantaneously controls the surroundings and makes them act to decentralize it. The greater energy the center is holding, the more energy it needs to drain from all possible sources to have its energy distributed to the rest of its environment.

Having established that the inequality of energy distribution in a region needs energy to put the region under a state of equilibrium, a question might be asked: what if the energy of the surroundings is not enough? The answer may be put in analogy by using the freezer as example.

The freezer’s objective is to extinguish heat (energy) inside its chamber. This is what makes water inside it freeze—because there is not enough energy to neutralize water with gas, the water and its environment remain in a state of inequality. If extreme energy (heat) is applied, water will be one with gas and heat is equally distributed.

This is another term that we shall use to refer to centers. A low-pressure area is a pocket where there is great amount of energy, which can be understood either as having higher kinetic energy than that of its surroundings, or having the conditions that could minimize the energy consumption of its environment—literally, a region of lesser hardship, lesser energy consumption. In any case, they mean the same thing.

And this is how it is: everything that sucks/attracts is a region of low pressure. This includes gravity, the sucking behavior of tornadoes, black holes, and cyclones.

Imagine carrying a boulder on your back. Why does the boulder seem like “itching” to fall down on the floor, in that if you decide to let go of the heavy thing, the boulder instantly slams on the ground? This is because more energy is being consumed in holding the boulder up instead of letting it fall down.

This is not limited to objects alone but in human beings as well. Imagine a fast-food restaurant where there are three ordering counters. Five customers are lined in each counter. Suddenly, a fourth counter announces that it’s open for taking orders. Question: what will the human beings do? Who is more likely to go to the newly-opened counter? Why will he/she do that?

Basically, the reason is it will save energy. Those who will not go to the fourth counter are people who deem going there more energy-consuming than staying on the location that they are in.

Social scientists will disagree with me, as they are boxed in the prison of empiricism and the fads of the scientific community. As a result, social science has never produced a single social science law, only theories. But that is fine; throughout my teachings, we will all learn that even that has served its function the way the Sole Source planned it out.

Anyway, what I mentioned earlier is the concept of gravity. What I’m trying to say here is that gravity, low pressure, and centralization are all governed by the same law of the Sole Source regarding the process of achieving equilibrium: a strong center accumulates energy from its environment, which will lead to decentralization, i.e., distribution of the energy to the surroundings. With insufficient energy, the regions are temporarily suspended in a state of inequality, like the Solar System for example.

Even migration patterns in human societies are governed by the same law. We’ll delve into that in the future.

Typhoons are the Sole Source’s way of didstributing heat.

The only way for humans to stop a typhoon is to surpass the energy it contains, which I believe is still impossible currently.

Basically, a typhoon forms when a certain region, e.g. a section of the Pacific, acquires more heat compared to its environment. Where does this heat come from? Most likely, it comes from the volcanic eruptions underwater in the Ring of Fire.

If it’s a region of relatively extreme heat which needs to be distributed fairly, Natural law will cause the colder air molecules around it to rush toward the center—thus, giving birth to a spiraling, destructive force of nature that accumulates energy along the way (getting bigger and stronger). It spins because it is more organized that way; organization, like people falling in line, is an expression of energy conservation.

The cold air voluntarily rushes toward the center, in order for the air molecules to get their share of the heat until the typhoon is fully decentralized (typhoon dissipates).

This is the law that happens everywhere—even in things you can’t fathom right now like time travel and psychometry.

In the future, humans will be able to harness the energy of a typhoon to convert the raging energy into something useful.

What I have given you so far are simple examples of the centralization-decentralization dialectic. I have used basic human examples, too, but in the future, we will be able to analyze society, even in international relations, using this very law of the Sole Source. Unlike the past philosophers, we shan’t be giving special treatment to humans, as they are merely part of nature and twigs of the central trunk, and, thus, are governed by the natural laws as well.

Complex examples will be understood if the concept of fractalization is comprehended as an expression of energy conservation. That will be the wisdom I shall distribute to you in the future.

For now, I encourage you to ponder on human life and the universe. Identify the regions of centralizations and analyze the process that they are undergoing. These are the characteristics of a center: 1) they seem to attract/suck, 2) they seem to dominate, 3) and they have higher amounts of energy or lower levels of energy consumption compared to environment.
Breathed by Jason Paul Laxamana at 10:15 PM 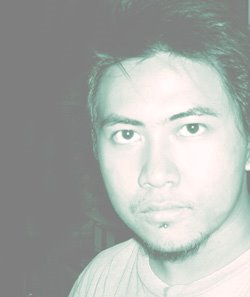